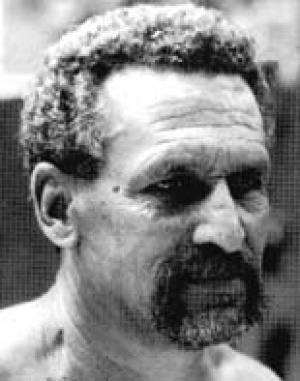 Geraldo Marçal dos Reis was born in 1931 in the town of Diamantina, Minas Gerais State. His father Pedro gave him his first contact with wood, introducing him to the carpenter’s trade. However, his skill for inventive sculpture was discovered by accident, when he carved small figures on an orange skin, attracting the attention of those who saw it, and found an unexpected buyer. He is extremely skilful and carved soapstone and wax (ex-voto) before starting on his artistic career, which gained impulse in 1977 in Rio de Janeiro. Fascinated by the shapes of roots and tree trunks, he began sculpting towns in highly sophisticated groups, inspired by the city of Rio de Janeiro. His imposing tentacular cities can be found in the Casa do Pontal Museum.