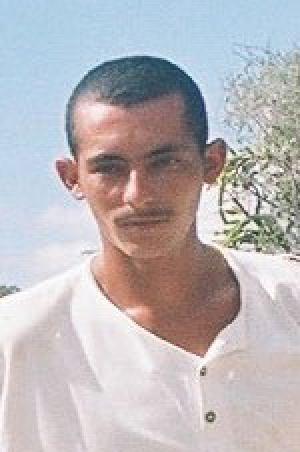 Adriano Rosa dos Santos lives in Caraí, Valley of Jequitinhonha, Minas Gerais State, where he was born on 7 December 1980. He learned from his mother Santa Rosa dos Santos how to work with clay when he was still a child. He is the nephew of Noemisa Batista, a well-known artist in Brazilian folk art, and he took his aunt’s surname and his artistic name became Adriano Batista. Adriano lives in the rural area of Santo Antonio and, although his production is based on that of his aunt Noemisa, he differentiates his work by inventing different types of animals, such as toads and lizards, the latter being his favourite.