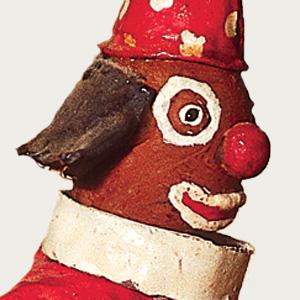 Scholars of the subject say that the circus in Brazil began in the 19th century. With its different attractions, it has undergone major changes since the mid-20th century when it ceased to display animals, giving preference to acrobats, magic and clowns. It is a key theme in Brazilian folk art and has inspired extremely creative works, with memories of circuses with tamed animals, magicians, knife-throwers, fire eaters and bands of music. Artists Antonio de Oliveira (MG) and Adalton Fernandes Lopes (RJ) are famous as two of its main interpreters.